What a great start to the day as we found the only place in Es Castell that was showing the rugby – a little bar 10 minutes walk. Brilliant result for the Lions and the eggs and bacon were not too bad either. No beer consumed, only 3 litres of water and coffee. Needless to say the womenfolk stayed in bed.

The weather this morning was still not behaving itself which didn’t bother us as we had always planned a trip into Mahon on the first Saturday to visit the fish market and to part satisfy half the travellers insaisable appetite for shopping. Not that we were going to buy any fish but more the fact of sampling the excellent cuisine and atmosphere. Got there just before it got really busy and bagged ourselves a table outside. 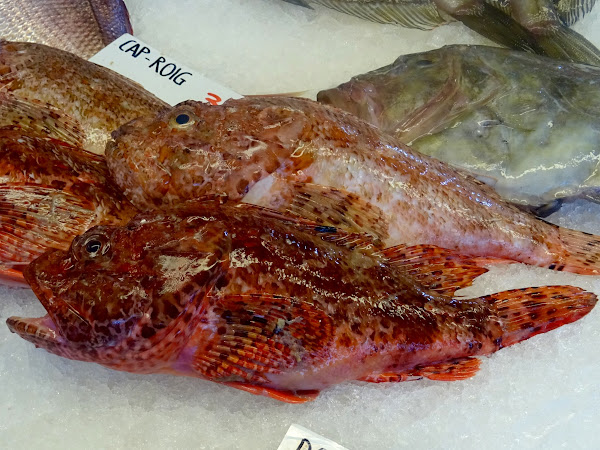 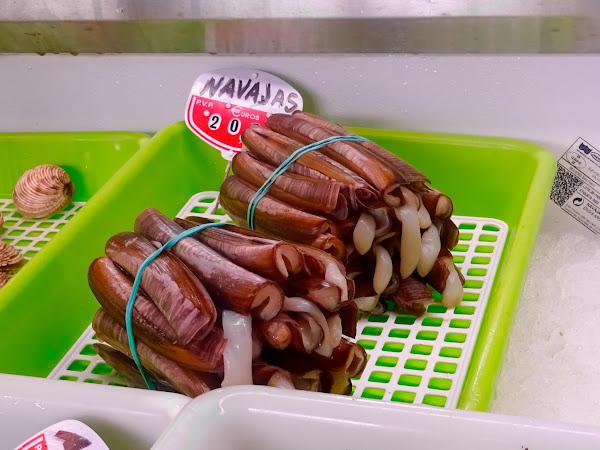 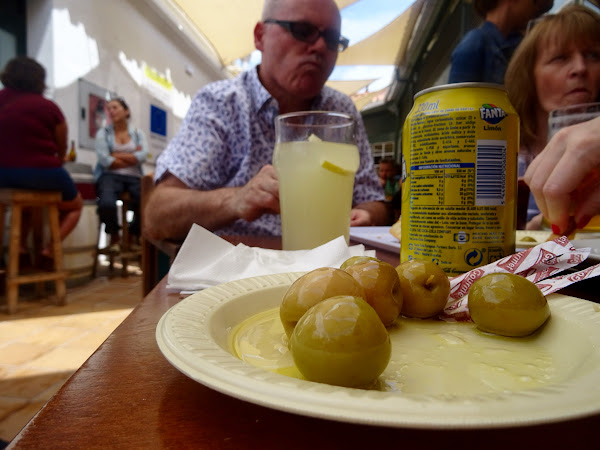 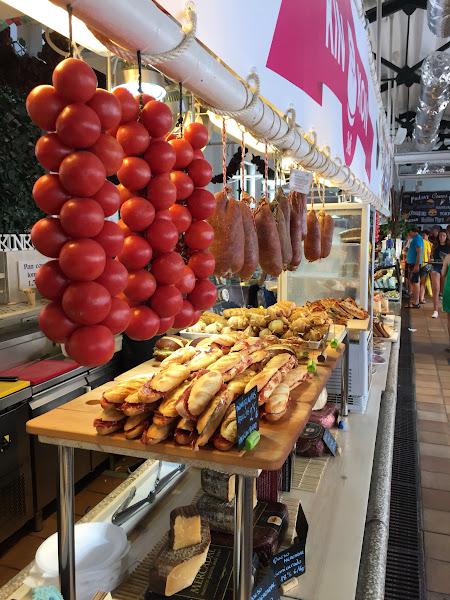 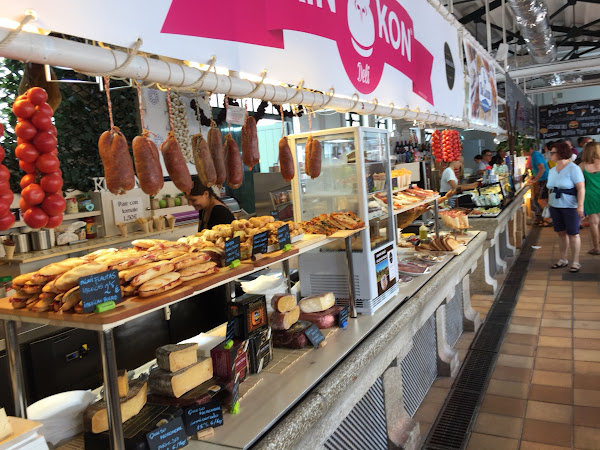 I really would recommend a visit here as you could sit all day long grazing on the numerous dishes available. From cockle popcorn through various paellas and onwards to little sausages, olives, tortillas and bocadillas. A few litres of Sangria were also consumed.

Trending
The Day we went to Rock – The Video

In the same area there are some nice market stalls and a bit of architecture for the cultural types. 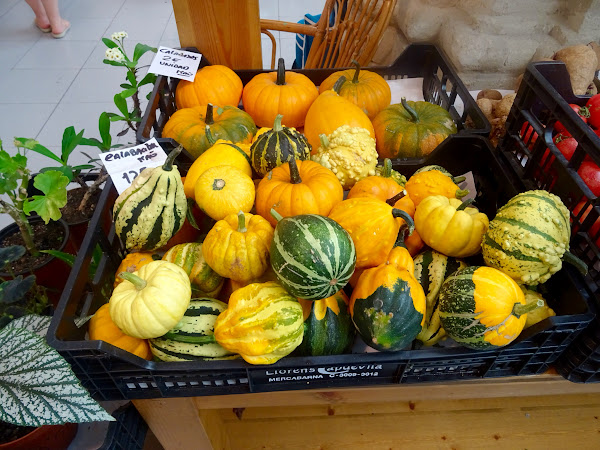 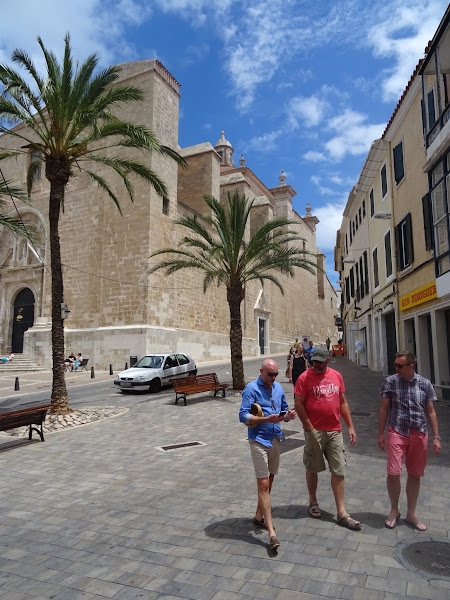 At last the ladies could not stop themselves and vanished into a multitude of clothes shops touching and cooing at everything in sight. This left the guys to ponder on the more important questions of the universe. 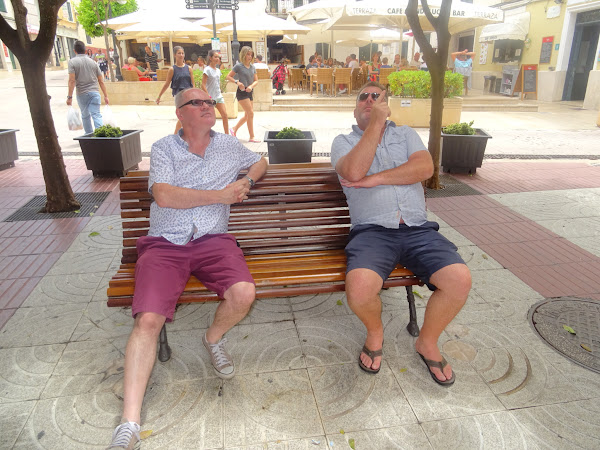 The only time we met up again was for inflatable toy shopping ( Don’t ask!) 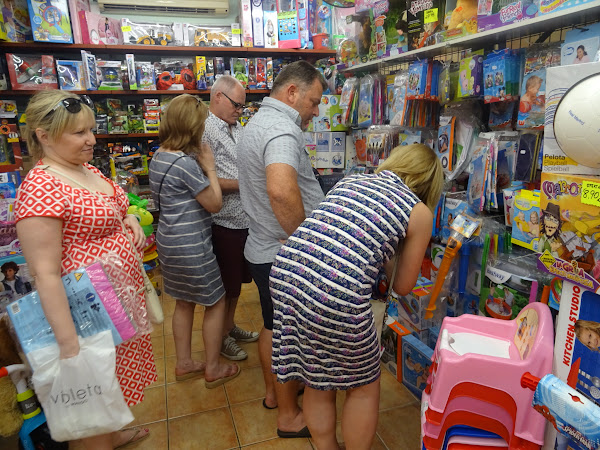 Enough was enough and us guys bade farewell and made our way back to the bus station and onwards back home. Worst discovery of the holiday so far – the lovely little bar inside the bus station that served ice cold cider had shut down – disaster!

So upset by this we had to stop off at the local “English” bar for reviving beers. Not only this but the landlady made her own scotch eggs and pork pies daily. Too good to miss – English tapas. 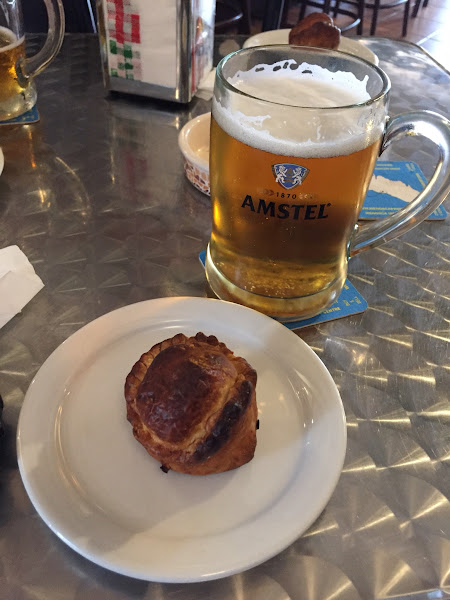 Later on that evening we were made more than welcome back at Bar Lemon, the finest cocktail bar in Menorca. They had only just opened last year and we visited every night. They remembered us of course. Mrs C got a bit greedy and ordered several drinks. 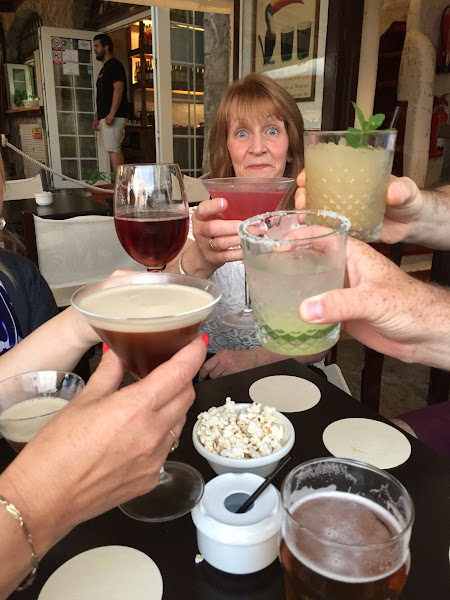 The other benefit of having a good relationship with the locals is asking for her recommendation on where to eat. Her tip was for a small restaurant at one end of the harbour with an unusual menu – it only had one main ingredient – octopus. Too interesting to resist. 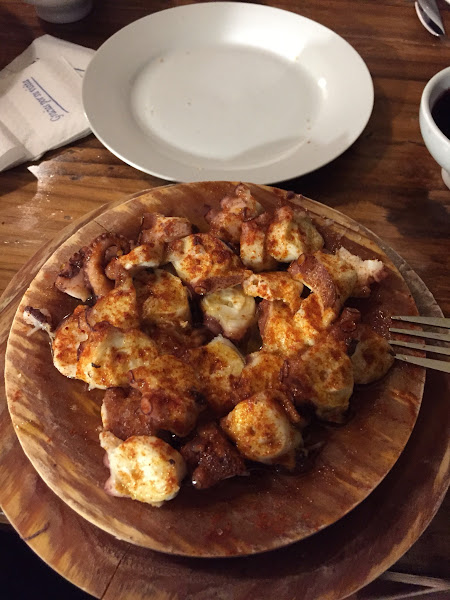 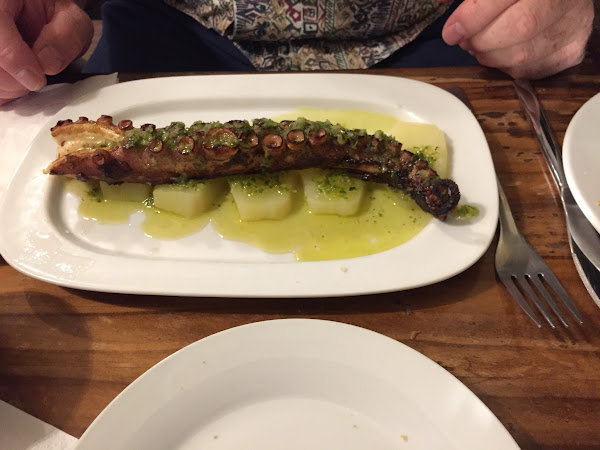 Octopus served Galacian style or as a tail – no, we have never heard of that either. The wine was also served uniquely – out of a jug into saucers. 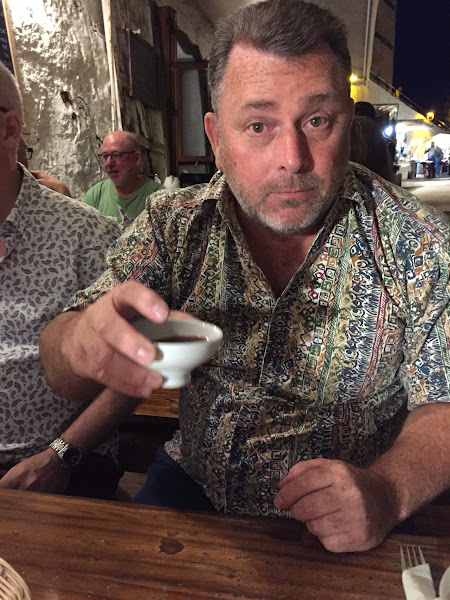 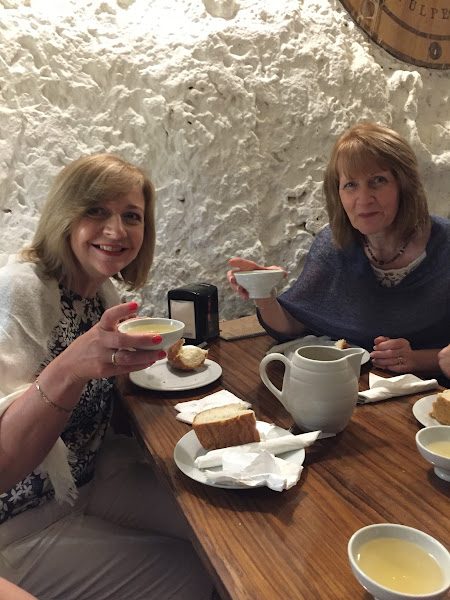 Okay, that was quite enough fish for one action packed day. The sun was due an appearance for Sunday so off to bed and up early for a full on pool day. 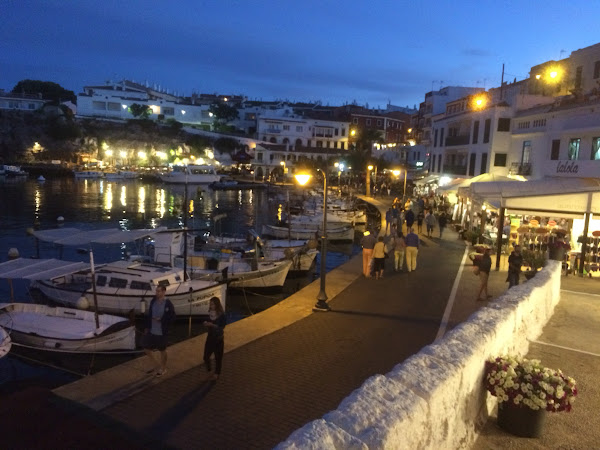 To finish off here is a picture of a sausage machine 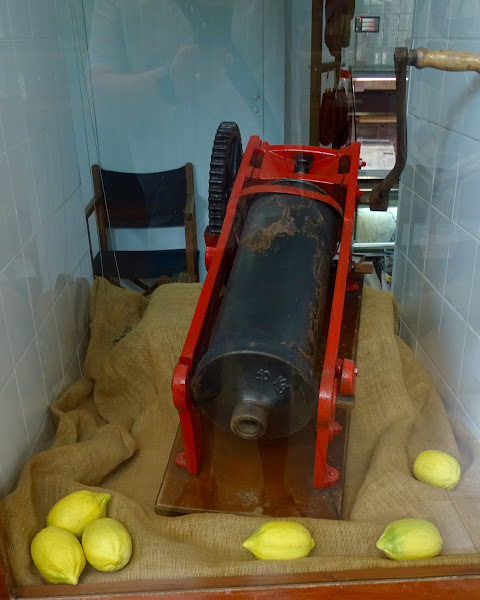 The ramblings of a wandering ex toilet brush salesman now property developer with a liking for good food, wine, beer & rugby. Not always in that order.

©TheWorldofSimonT and ©TheWorldofSimonT blog 2010-2021. Unauthorised use and/or duplication of this material and photographs without express and written permission from the author of this blog is strictly forbidden.  Excerpts and links may be used, provided that full and clear credit is given to ©The World of Simon T with appropriate and specific direction to the original content.