Yes, it’s that time of year again when the Stanwick Six set forth to warmer climes, plenty of good food and accompanying drinks.

The same villa as last year had been booked. Es Castell just south of Mahon, the capital of Menorca. Flights courtesy of easyJet entailed a very early start onwards to LTN. Early, like 2:30 in the morning early. Wait for bus in car park 2 minutes, no queue at checkin, through security in 3 minutes. It was going far too well. 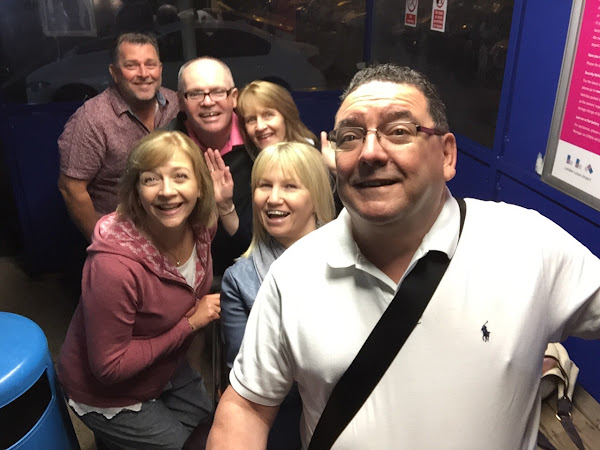 Upstairs in the bars and restaurants it was heaving with hens and stags on their way for long weekends in Magaluf, Benidorm etc. Fancy dress was something to behold. Naturally there would be none of this frivolity on a Menorca flight. 5 minutes later we were shown to our tables in Frankie & Bennies, yes that’s correct, tables. Mrs CT and yours truly were banished to a corner on our own. Unsure what we I done to deserve this the two nice ladies on the next table offered to take me to Malta if my friends didn’t want me. (Yes that is a pint at 4:15, please don’t judge me).

Trending
The Day we went to Rock – The Video 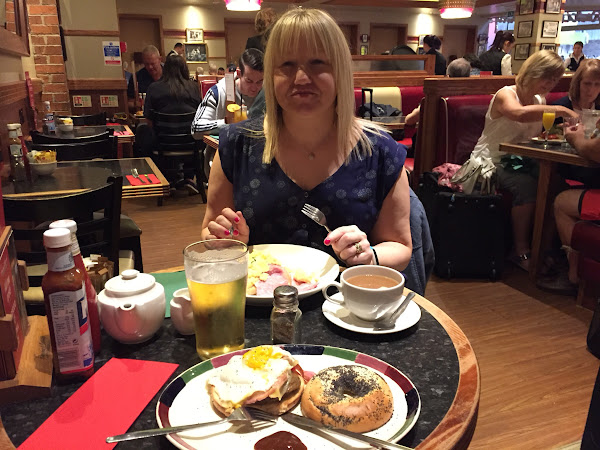 So far so good. Boarding commenced and completed. Off the tarmac and airborne on time.

Now we already knew that the weather that morning in Mahon was a little unstable, for which read thunderstorms, lightning, hail and heavy rain. All the pilot said was that there maybe a few bumps in the climb up. Okay sounded fine.

OMG, 10 minutes before landing all hell let loose. Just prior to this the pilot whispered into the tannoy that anyone who still had hot drinks remaining should put the lid back on. Most passengers paid little attention to this. I, on the other hand, as a frequent traveller on these Airbus 321, read this as a coded message that we were in for a rough ride. I warned Mr C of my concerns but said not to mention anything to Mrs C who is not a good flyer at the best of times.

The cabin crew had vanished. They admitted later that all 4 of them had got caught in the rear galley when the urgent call from the pilot just for them, came through. Only having 3 seats between them, the youngest and smallest had to jam herself under a seat in front.

The aircraft came out of the bottom of the storm clouds after quite a few bumps and bangs and proceeded to drop 200ft in a second. Anything that wasn’t strapped down went upwards towards the ceiling as the aircraft went down. The youngsters thought it great fun, the adults just screamed! I have to admit that in 40 odd years of flying this was the biggest unplanned flight movement I have experienced. Thankfully that was it and we landed safely 5 minutes later. 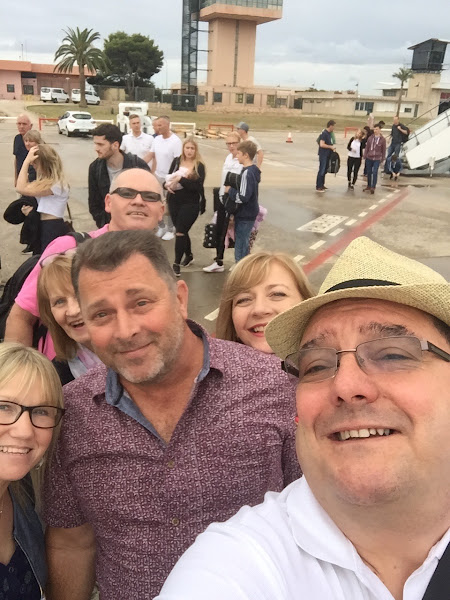 Now, I can tell you that the following photo was not taken after the sphincter and bladder loosening moment just described but some one hour earlier. “Can you get my cardigan out of the overhead locker” asked Mrs R of Mrs CT. This she did by throwing it from a height onto the remaining Prosecco that they both had been enjoying. Never has so little gone so far. All down Mrs R’s trousers making it look like an unfortunate accident and then all over her own seat. To avoid further wet pant embarrassment, the nice Tracy produced an easyJet rubbish bag as a seat cover. 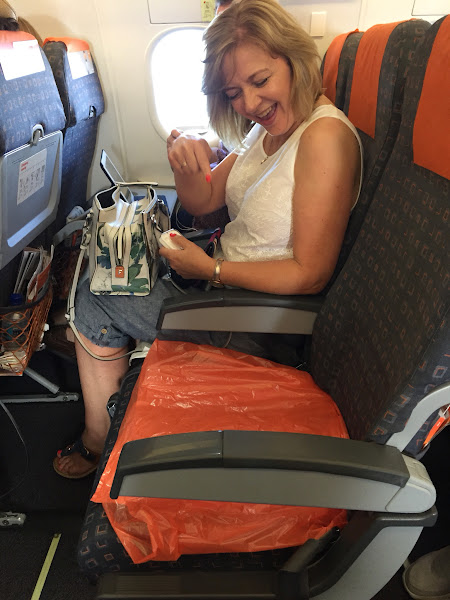 So onwards to Es Castell. Couldn’t get into the villa until 2 pm so down into the harbour to find coffee. This lasted until 10:45 (ten minutes later) when the ladies decided they could not hold off the rose wine any longer. Elevensies of more wine, beer, croquettes, anchovies, prawns, and patatas bravas followed. Cannot remember the rest of the day! 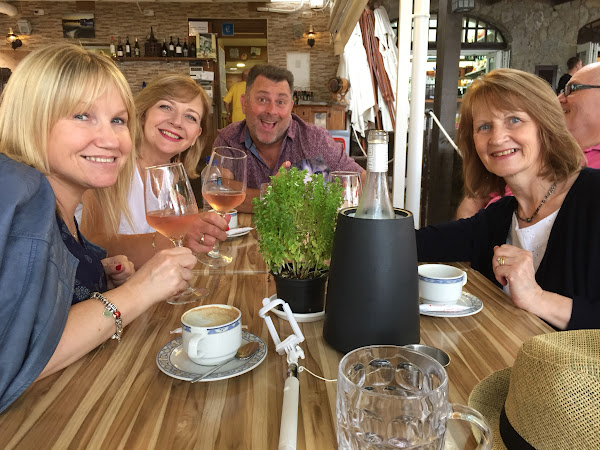 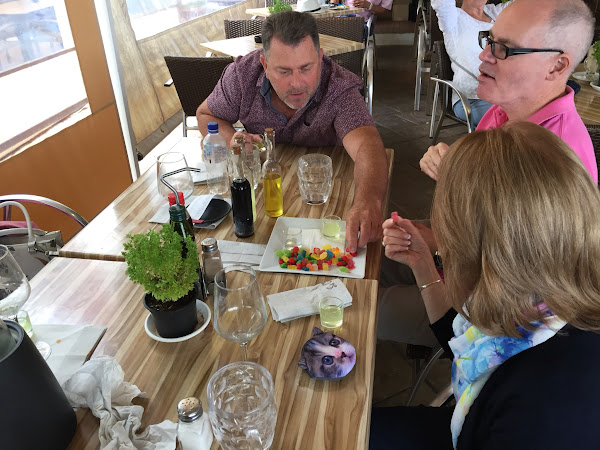 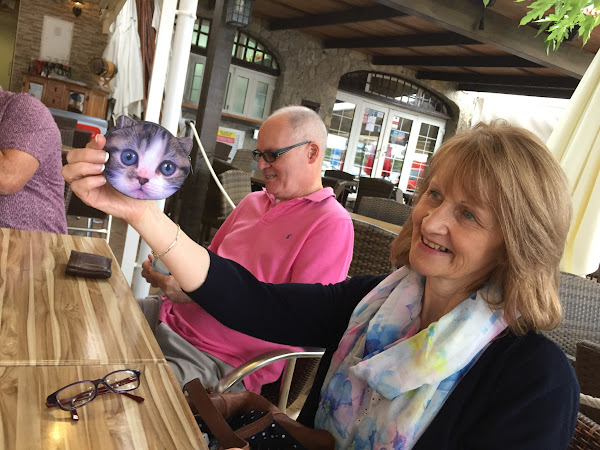 PS No, Mrs CT hasn’t ripped the head off a local cat. That is kitty the communal purse.

The ramblings of a wandering ex toilet brush salesman now property developer with a liking for good food, wine, beer & rugby. Not always in that order.

©TheWorldofSimonT and ©TheWorldofSimonT blog 2010-2021. Unauthorised use and/or duplication of this material and photographs without express and written permission from the author of this blog is strictly forbidden.  Excerpts and links may be used, provided that full and clear credit is given to ©The World of Simon T with appropriate and specific direction to the original content.